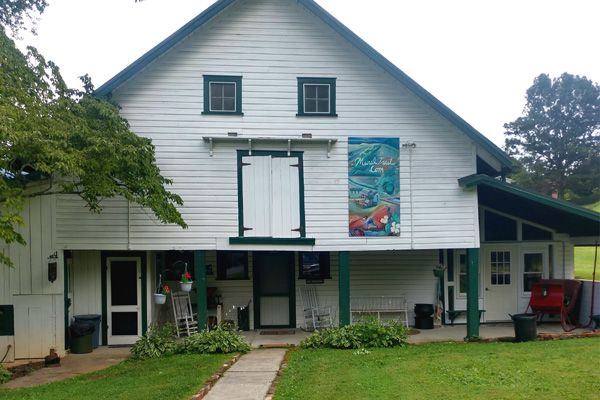 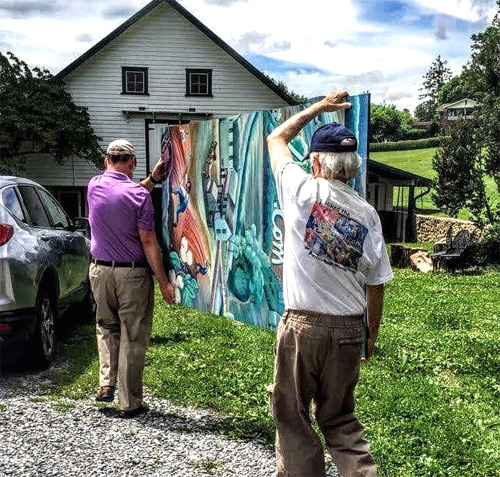 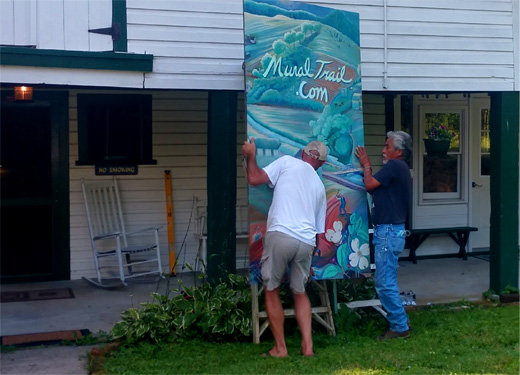 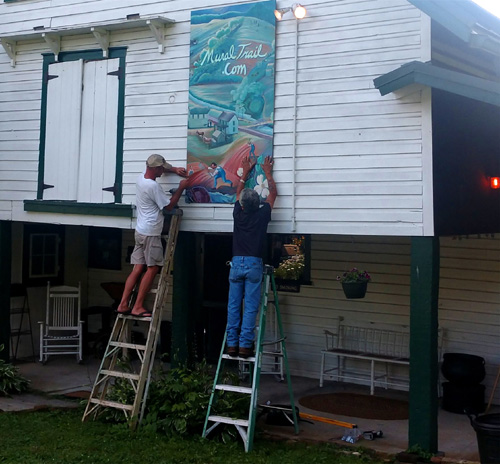 Situated on a spacious, shady knoll only three blocks from downtown Waynesville, NC, the Shelton House has a rich and vibrant history. The first property in Haywood County to be listed on the National Register of Historic Places, the Charleston style farmhouse was constructed beginning in 1875 for Stephen Jehu Shelton (High Sheriff of Haywood County) and his wife, Mahala Conley Shelton. There, they raised seven children including William T. Shelton (2nd owner of Shelton House) who spend over 25 years working with the Federal Bureau of Indian Affairs in Shiprock, New Mexico. He later became the first superintendent of the "San Juan Training School" and is credited with the creation of the first known "Navajo Indian Craft Fair" which is still in existence today as "The Northern Navajo Nation Fair", the oldest and most traditional of the Navajo Fairs. Held each fall in Shiprock, this fair offers the Navajo people of the Four Corners a chance to celebrate the year's harvest with a community celebration.

In 1977, Mary Cornwell, 4th owner of Shelton House, envisioned a repository at the historic...

Shelton House to preserve and display traditional crafts created by the state's most renowned artisans as well as the Shelton family collection of Southwest Native American artifacts and family antiques. In 1980, her vision was realized and the "Museum of North Carolina Handicrafts" was opened inside the beautiful home. Today, the collections in the Museum and Barn consists of beautiful antiques, heritage crafts, agricultural exhibits, and other items from crafters and artisans past and present.

The Shelton House Barn is a Pennsylvania Dutch Style Dairy Barn that William T. Shelton had built in the early 1900's. Originally, the barn was used to house dairy cows and other livestock. The barn was later converted into meeting and display space for historical artifacts related to farming. Southern hospitality meets rustic charm in this welcoming and laid-back space. Ideal for intimate gatherings, the Historic Shelton House Barn promises happy get togethers that harken to a simpler time in this mountain historic site.

The building behind the Main House was built by Will Shelton around 1918. Originally a 2nd floor apartment for the housekeeper, the ground level had a coal bin storage area and a carriage house that was later turned into a two-car garage. Today we call this, the Carriage House, and in 2019 the "Shelton Carriage House Gift Shop" opened. We have over 25 artists/crafters who display their works in the shop.

The grounds of Shelton House include eight-plus acres of garden and green space that also include, the HART Performing Arts Center, and Haywood's Historic Farmers Market.

The Shelton House museum, barn and the grounds recall the rural origins of the town and stand as a prominent representative of late nineteenth century agrarian prosperity in Haywood County and encompasses and promotes Western North Carolina History, Heritage, and Crafts. We are thrilled to be included as a member of the "Blue Ridge National Heritage Area Craft Trail" and the "Appalachian Mural Trail".

Farming was the mainstay in most all the Appalachian mountain towns and communities in the 1880s. Nestled within the sloping valleys; pastures and gardens dotted the countryside.

This mural is part of a postage size mural series painted by artist Doreyl Ammons Cain.

Born and raised in the Blue Ridge Mountains of Western North Carolina, Doreyl grew up drawing birds in the sand on the dirt roads around her home. She achieved a Masters of Art through California State University and has won numerous art awards including the Art in the Park Award. She has exhibited at the Smithsonian and created art for the film industry in California. Doreyl is now creating public art murals and art for book publication. She also has co-founded a non-profit organization called Catch the Spirit of Appalachia.

Doreyl's art is a celebration of life and her love of nature. Using vivid colors she explores shapes, design and expression. Coming from a career in biological art, she enjoys exploring the endless forms of natural life. Painting in pastels, acrylics and mixed media on various surfaces, she creates commissioned art for books, exhibits, collectors and hand signed and numbered fine art prints for festivals. Public Art is her greatest passion, for she believes that art should be shared in communities to uplift the spirit and raise awareness of life's beauty. Go to www.doreylart.com to see more works of fine art which illustrate the beauty of "little bits of Appalachia!"