AMT @ Robbinsville, NC
This public mural celebrates the achievements and recognition of the local native community in this collaborative historic mural art located in the downtown center of Robbinsville. 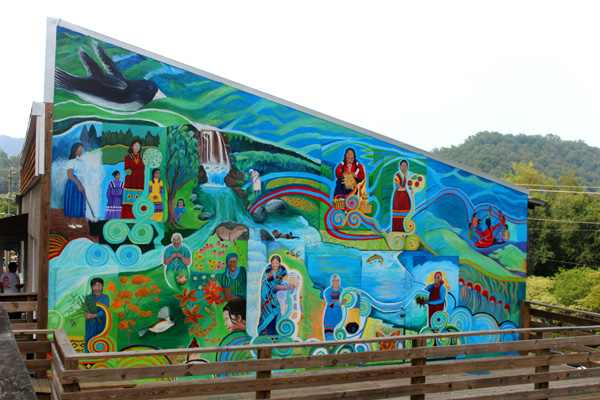 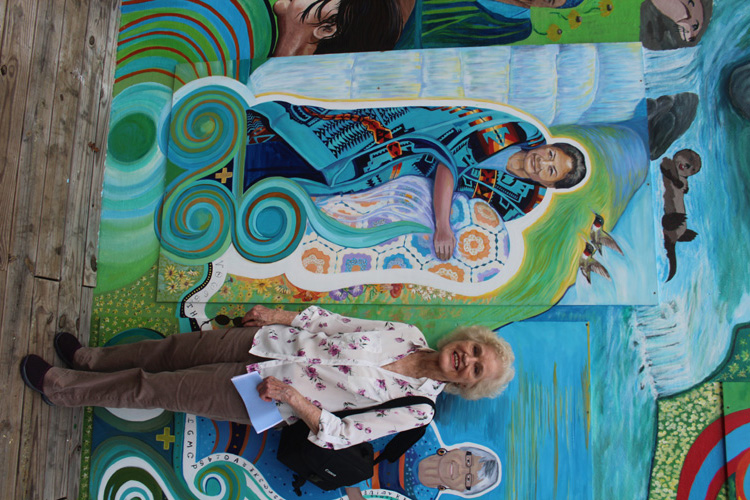 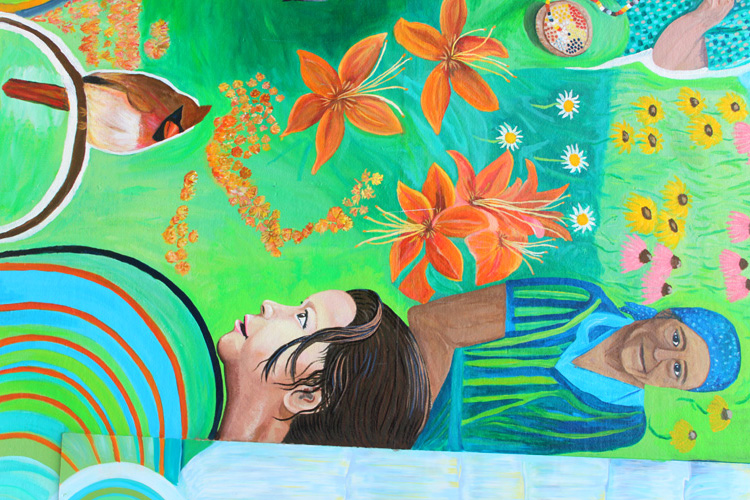 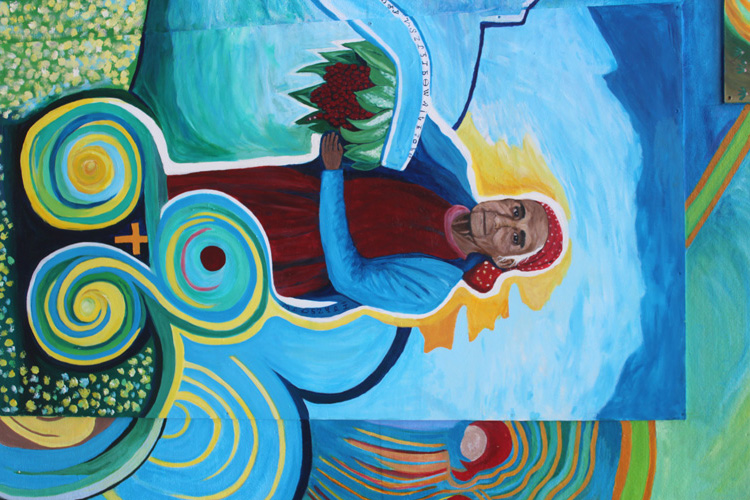 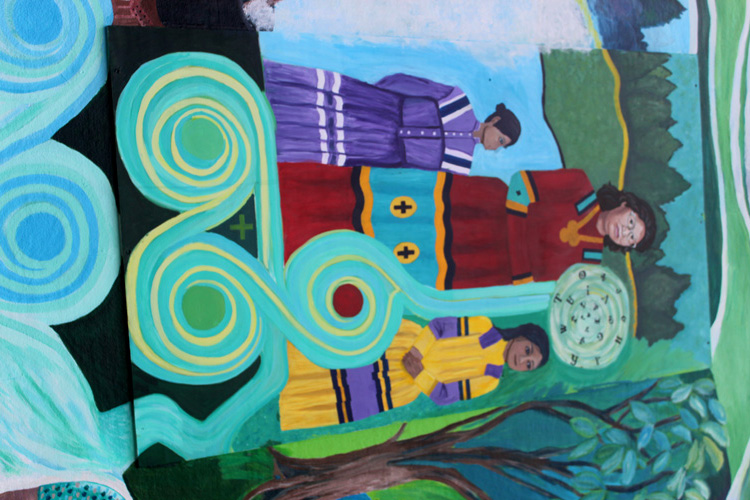 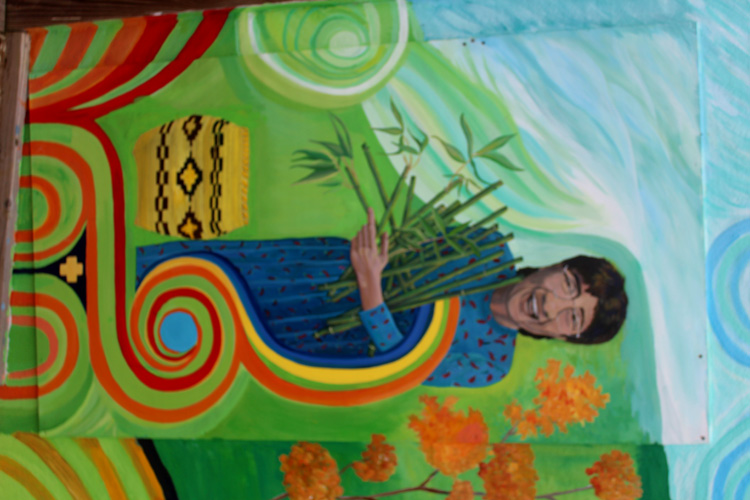 Featured Mural: "Snowbird Cherokee Matriarchs"
When Michelle Shiplet of REVVED UP of Robbinsville, NC met with Doreyl Ammons Cain, artist & director of the Appalachian Mural Trail, she had no idea a $50,000 grant would be in their future. She had a plan for developing historical murals for her town of Robbinsville and had no clue where to start. Through this interaction the opportunity arose to apply for the Z Smith Reynolds Inclusive Public Art grant. Shiplet's first thought for the grant proposal was to honor the women of the Snowbird Cherokee Community.

In December of 2018 Shiplet was informed that the Women of the Snowbird Community mural proposal was a semi-finalist in the grant process and they would be given funds to
develop a budget, plan and a first rough draft of the artwork for the mural. She asked Doreyl Ammons Cain of the Appalachian Mural Trail and Tj Holland, Cultural Resources Supervisor for the Eastern Band of the Cherokee to be lead artists for the project. During the next three months this creative team met with the Snowbird Community, listened to their stories and Cain came up with the first rough draft of the mural and assisted with the planning of the mural project. The art and plan was submitted in early April. On June 4, 2019 the announcement was made, the Women of the Snowbird Community mural was a reality.

The Appalachian Mural Trail provided the structure for a community engaged process that created opportunity for accomplished and emerging Snowbird Cherokee artists to receive training in muralism and who ultimately painted the mural. Cain lead three workshops in mural painting in which direct descendants painted the portraits of their ancestors on mural board that was later incorporated into the outdoor painted mural.

This mural project celebrates the achievements and recognition of the women of the Snowbird Cherokee community located in the town center of Robbinsville. This mural intends to build relationships and trust across lines of difference while celebrating an under told and important story. The Snowbird Cherokee are a community that is part of the Eastern Band of Cherokee Indians, whose land base is in Graham County. While most mainstream shared knowledge about the Cherokee centers around their removal via the "Trail of Tears," the Snowbird Cherokee carry the reputation of resilience and tradition, having hidden in their mountains to escape the forced removal of their people. That same spirit of pride and survival remains with them to this day and there is no better evidence than in the lives of their many strong and gifted women. Cherokee women have proven to be wise, fearless, and filled with creativity as they have persevered through the trials of history. This remarkable community mural brings these qualities alive.
Location: 128 N. Main St.


The image slider below includes some of the construction photos at the beginning of the art project. 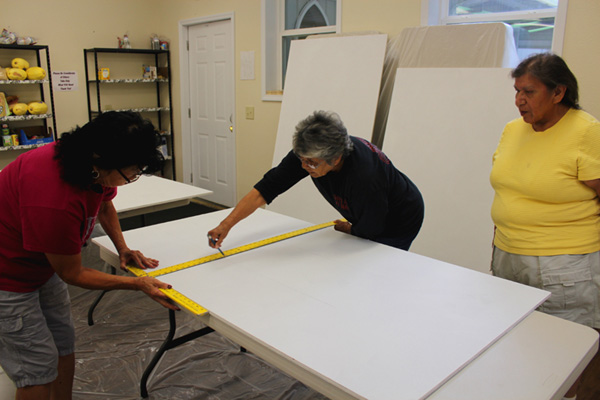 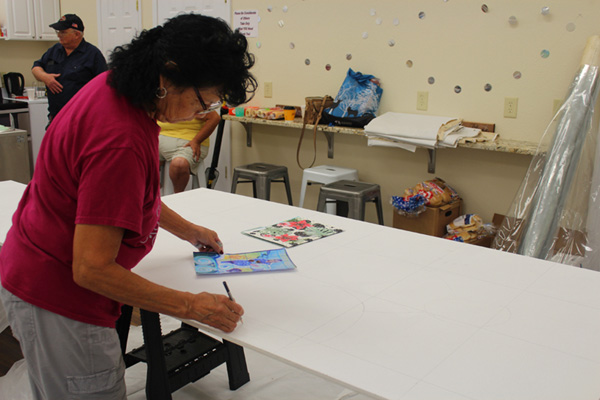 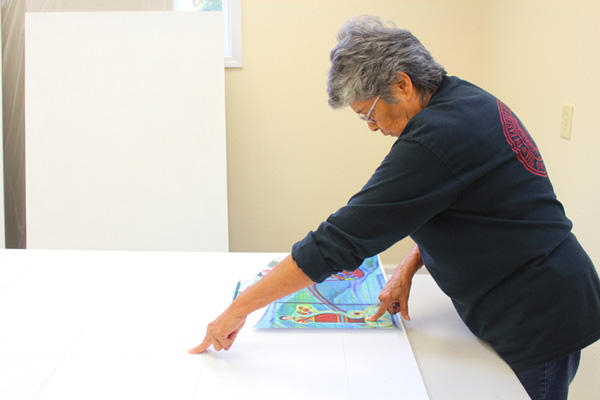 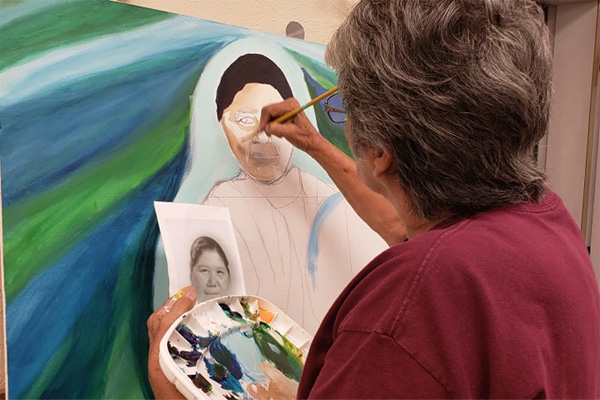 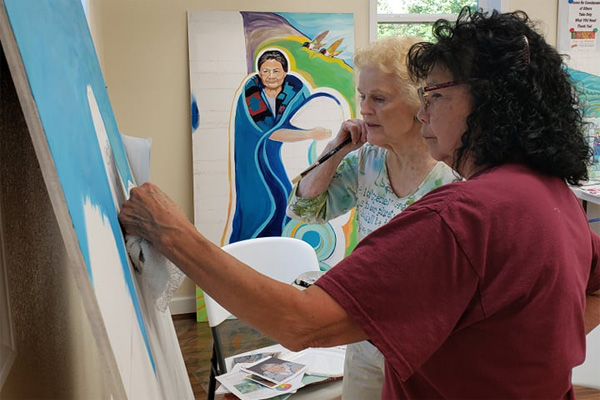 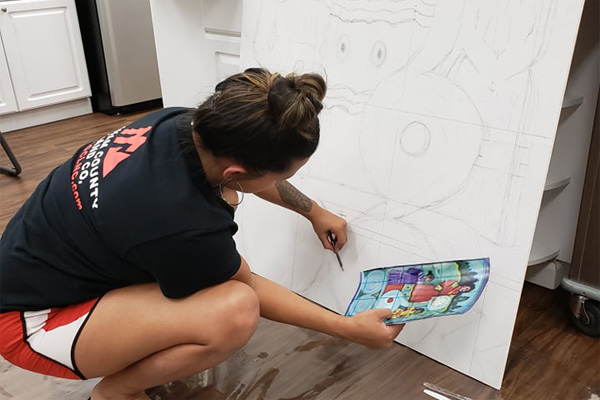 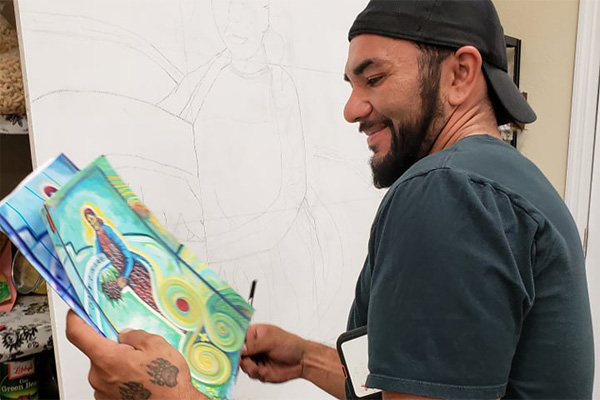 On Site Artists-
The on-site painting of the mural was a rocky road, the Pandemic and unusually intolerable weather made the painting process a hazard. The artists persevered and were triumphantly successful!
Nikki Nations
Lou Jackson
Jack Teesateshie
Tony Rattler
The background painting of the mural tells the story of the Snowbird treasured traditions of hominy making,storytelling, beadwork art and soap making.